Have you ever received a text message from a complete and utter stranger? Strangely enough, I have and 9 times out of 10, they are either fake or most definitely have the wrong number, which ends up in blocking the number from further disturbances. Nevertheless, others may take advantage of this, especially if it’s a cute guy or girl. Cat-fishing is an abnormal but ever growing trend within today’s society. It’s easy to manipulate the receiver of the messages into thinking you are someone else, but what happens when it goes too far?

Sierra Burgess is a Loser surprisingly follows Sierra Burgess (Shannon Purser). She may be a young, smart, confident teenager but that does not mean she has insecurities. The most popular girl at her school, Veronica (Kristine Froseth) might try to make her feel small because of her looks, but Sierra doesn’t take any of it. One day, when she gets hit on by Jamey (Noah Centineo), she decides to use Sierra’s number as part of a cruel prank to get into her skin. Unknowingly to Sierra, she starts to receive flirtatious messages from Jamey. Does Sierra blank the conversation or does she bite more off than she can chew and take it too far? 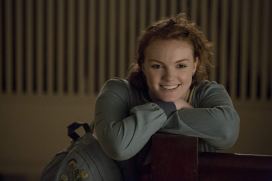 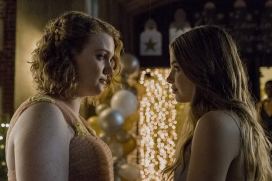 From the beginning, I found myself involved with the character of Sierra, she possessed the characteristics of someone a lot of people would like to relate to at that age. She bats off bullies like its a casual stroll in the park, destroying the stereotype that all “geeks/nerds” get bullied. She stood up for herself, which tells audiences watching this to be confident, believe in yourself, and that you are a beautiful human. I am all for this message. More messages like this need to be implemented into films, subliminally teaching future generations right from wrong.

Throughout, I believed in the narrative. I believed in Sierra’s love for Jamey. Ian Samuel clearly done his research on teenager behaviour and looked into what happens within schools in today’s society. The connection may have been through electronic means but Shannon Purser and Noah Centineo delved deep into their roles to make themselves believe in the love they may or may not be sharing. Veronica played by Christine Froseth wonderfully aided Shannon Purser in her pursuit of her one true love. Their partnership brings together two unlikely characters and to tell the audience to not always judge a book by its cover.

I can give Ian Samuel praise, but only up until a certain point. That point being where it gets to ridiculousness. If someone were to scramble under your car, you would definitely hear it and most likely see it, right? If someone were to kiss you that wasn’t the person you were there with, you would notice that, right? I started to disbelieve and lose faith in the direction once some of the interactions started happening. It had promise within the writing from Lindsey Beer but it started to scramble and fizzle out, losing where to go next. I understand anything can happen within film, but when you watch something uncomfortable and dissatisfying, you kind of lose all faith within the relationship.

To give them credit where credit is due, the ending between the two main characters was pleasing and cute, especially with the addition of the song which was insinuated throughout the film, it warmed my heart. However, it was like they were trying too hard to save the narrative. Noah Centineo is still the heart-throb we all know from To All The Boys I’ve Loved Before, making all of us fall deep into his eyes and Shannon Purser is in a movie that’s nothing related to ghouls coming from the upside down. This had the promise to be a great romantic high-school drama, but the script could have done with a bit more attention to detail for me, unfortunately. It does however, push important values and teaches us to be respectful of one another, no matter what social group we may be apart of. It’s a candy-coloured, edgy teen romance — it’s not fully transcendent but at least it’s not The Kissing Booth.